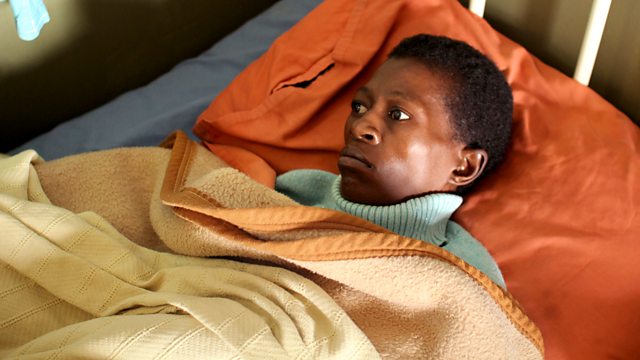 TB: Return of the Plague

Documentary in which victims of multi drug resistant mutations of tuberculosis from two families in Swaziland battle with the disease over the course of a year.

In the southern African nation of Swaziland, around a quarter of all adults are now HIV positive. With so many now living with compromised immune systems, tuberculosis, which had been in decline for decades, has made a dramatic comeback. Now it has a foothold once more, new mutations are evolving fast, meaning the disease threatens the lives of the healthy as well as those with HIV.

There are over eight million new infections every year worldwide, but Swaziland is the epicentre of the disease, with the highest rate of TB infection in the world. With the infection spreading with a cough or sneeze, international travel means these lethal new infections are already starting to appear in Europe - last year alone 3,500 Londoners were diagnosed with the disease.

Multi-BAFTA winning film-maker Jezza Neumann travelled to Swaziland to make this very intimate account of the crippling effects of MDR-TB. We witness victims from two families battle with the disease over the course of a year.

Deep in rural Swaziland near the border of South Africa lives Bheki, a builder who is fanatical about football, who recently learnt that both he and his sister have multi drug resistant TB. As time passes, his sister's condition deteriorates and Bheki starts to become increasingly anxious about his future.

In the capital, Mbabane, lives 12-year-old Nokubegha, a TB orphan, who is cared for by her 17-year-old brother, Melusi. When Nokubegha is diagnosed with the MDR strain of the disease she has to be admitted into the national TB hospital so she can receive her daily pills and injections.

A tragic yet heart-warming story about the value of human life, love and family.