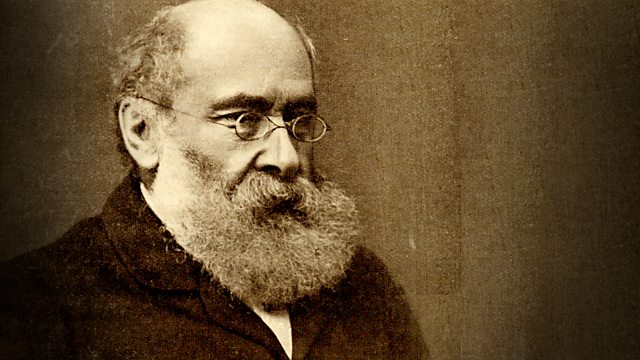 Poet Michael Symmons Roberts explores the remarkable life of one of our greatest novelists, Anthony Trollope, and asks why his novels still speak to us today.

This is the story of Anthony Trollope, an (apparently) utterly English and conservative writer, whose life cuts against what Barchester readers might expect of him. This was a man raised by high born parents who had lost their money, who was bullied in his teens, who joined the Post Office and took an assignment in Ireland to escape professional and financial difficulties. He took to the Irish people so much that the English literati accused him of 'going native', yet he became one of our best loved novelists. He wrote over 50 books, insisted that he only wrote for money, and penned many of them on trains en route to inspect rural post offices. What kind of a man was he? And why does his work still resonate so strongly for readers across the English-speaking world. Is it, as WH Auden said, because he's one of the only English novelists truly to understand money and work? Presented by the poet Michael Symmons Roberts - who has been adapting Trollope's novels for Radio 4.

Dramatisations of Anthony Trollope's much-loved series of witty and gently satirical stories of provincial life set in the fictional town of Barchester and the surrounding county of Barsetshire.