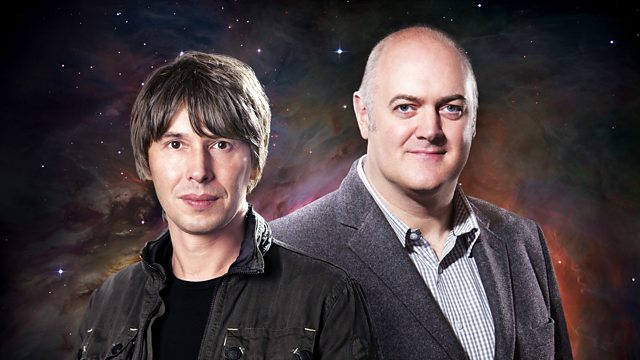 Brian Cox and Dara O Briain host the second night of their three-day stargazing extravaganza from Jodrell Bank Observatory, where they are joined by two generations of astronauts. Walt Cunningham was one of the first ever crew to fly an Apollo spacecraft into orbit, while Commander Chris Hadfield recently returned from months aboard the International Space Station.

Liz Bonnin attempts a world-first, reporting live from a plane 28,000 feet above the Arctic Circle, as she steps up her mission to capture the Northern Lights.

Dara finds out how it feels to be truly weightless on the infamous 'vomit comet' aeroplane. Brian describes how scientists are tackling the problem of interstellar travel, and the team reveal never-before-seen images from around the solar system.

Meanwhile, resident astronomer Mark Thompson navigates using the stars, and takes an unprecedented look at the 400-year-old giant storm on Jupiter, as it moves into view live during the programme.

Back to Earth 1—Series 4

Back to Earth 2—Series 4

How to take photos of space

Calling all citizen scientists! We need your help to find galaxies so massive that they warp space and time. 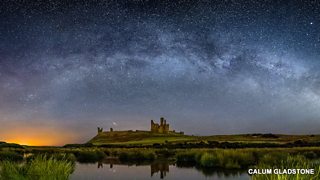 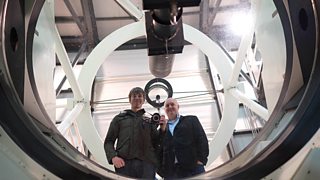