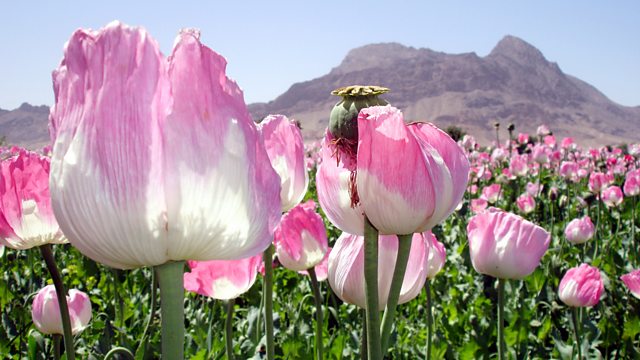 While heroin has destroyed the lives of so many people, Andrew Hussey argues that its use can also be traced in the artistic output of those who've become addicted.

Heroin has rightly earned a sulphurous reputation for destroying the lives of thousands upon thousands of people, killing many - including scores of important artists, writers and musicians. There is, though, another story to heroin. In this programme, Professor Andrew Hussey sets out to explore the extent to which it's possible to say that the drug has a particular effect on the creative output of those who have been heavily involved in using heroin, and before it, opium. He argues that while heroin won't make somebody creative who wouldn't otherwise have been, its impact on an individual's perception of time and space can be seen to modify the work of addicts and former addicts. He'll talk with, among others, author Will Self and Christiane F., whose book about her own heroin use in Berlin became a cult classic in the 1970s and 1980s, and hear from pianist James Young about the way heroin's influence can be witnessed across the works of such disparate figures as Berlioz, Bill Evans and Nico. The programme in no way seeks to glamorise heroin use, it simply addresses the question of how artists who've used the drug have been influenced as a result.