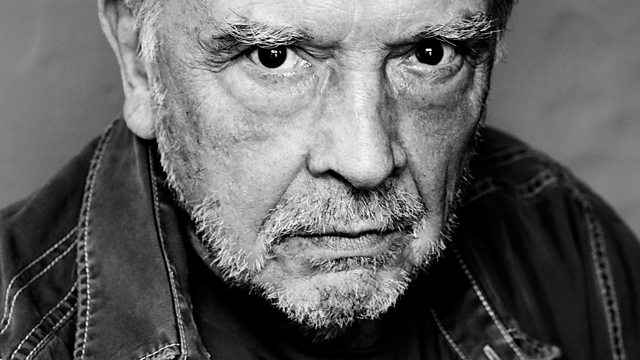 The Camera Has Attitudes

Getting the Picture
Episode 1 of 2

The celebrated photographer David Bailey tells Tim Marlow how he has shot the defining images of the last 50 years, and snaps his portrait too.

"You can't be judgmental and be a photographer," Bailey says in the first of two programmes in which he tells presenter, Tim Marlow, how he has gone about producing the images which have defined our times.

Bailey reveals in the first programme how he got started and how the portraiture that shot him to fame makes fashion photography more potent. "I thought the best way to sell the frock is through the girl. If the girl doesn't work, the picture doesn't work," he says.

As he lights Tim's own photographic portrait and selects the cameras for the shoot, Bailey discusses how he has gone about portraiture over the last fifty years or more.

In the central London studio which houses his archive of images, Bailey also reveals to Tim how he made his name with photographs of such stars as Marianne Faithfull, most notably for "Vogue".

And Tim talks to Marianne Faithfull herself about the two striking images of her which Bailey shot - in youth and in later years - and the sharply contrasting views she has of them now.

As this first programme draws to a close, the first shots of Tim's photographic session with Bailey are taken.

See all episodes from Getting the Picture