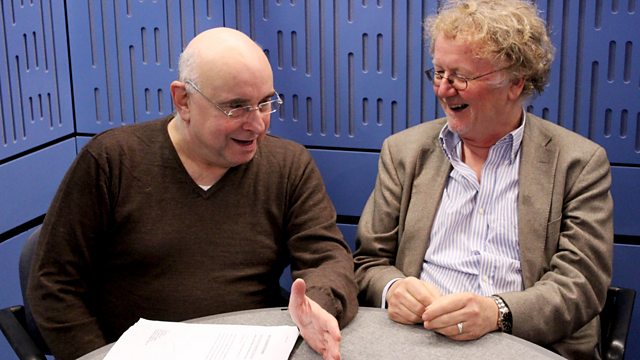 With Rob Cowan. CD of the Week: My Violin Legends, with Pavel Sporcl and Petr Jirikovsky; Artist of the Week: Charles Munch; Essential Choice: Tchaikovsky: Symphony No 1.

9am
A selection of music, including the Essential CD of the Week: My Violin Legends - Pavel Šporcl (violin) & Petr Jiríkovský (piano), SUPRAPHON SU41412. We also have our daily brainteaser at 9.30 - today: Originally Written For.

10am
Artist of the Week: Charles Munch

10.30am
Rob's guest this week is the novelist, screenwriter and playwright, Nigel Williams. Nigel's most successful work has been his script for the 2005 TV drama Elizabeth I (starring Helen Mirren), for which he received an Emmy Award nomination. His novels include the bestselling 'Wimbledon Trilogy' - The Wimbledon Poisoner, They Came from SW19 and East of Wimbledon - the first of which he adapted into a successful television film. He won a television BAFTA for his screen adaptation of William Horwood's Skallagrigg, and was the primary scriptwriter for the second season of Jim Henson's Storyteller series. As a playwright, Nigel has adapted William Golding's Lord of the Flies for the stage, and his first play, Class Enemy, has been translated into more than thirty languages.