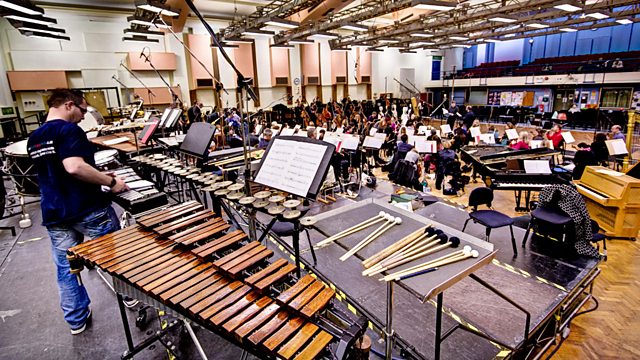 Music on the Brink

Ivan Hewett with a focus on the early 20th-century avant garde and its influence today, plus new music from Benjamin Oliver, Aaron Holloway-Nahum, Tom Coult and Robin Holloway.

As part of Radio 3's Music on the Brink season featuring music on the eve of the First World War, Robert Worby interviews Italian musicologist and producer Luciano Chessa about his research into the Futurist movement of the pre-war years and his reconstructions of Luigi Russolo's noise intoners, for which he has commissioned new works by a wide range of composers including Pauline Oliveros, Ellen Fullman and Blixa Bargeld. And Christopher Fox assesses the profound impact on experimental music today of the early 20th-century composer Erik Satie.

Also tonight, Ivan Hewett introduces works by three composers selected for Sound and Music's artist development scheme Embedded. They were given the opportunity to work with the BBC Symphony Orchestra over several months in a project which culminated in a concert given last November at the BBC's Maida Vale studios. Alongside these works the orchestra performed a recent composition by Robin Holloway, commissioned by the National Centre for the Performing Arts in China, and inspired by that country's vast landscapes.

The programme concludes with a recording from the BBC archive and another work by Robin Holloway: Men Marching, the first of a diptych for brass band whose title comes from verse by Scottish war poet Charles Sorley.