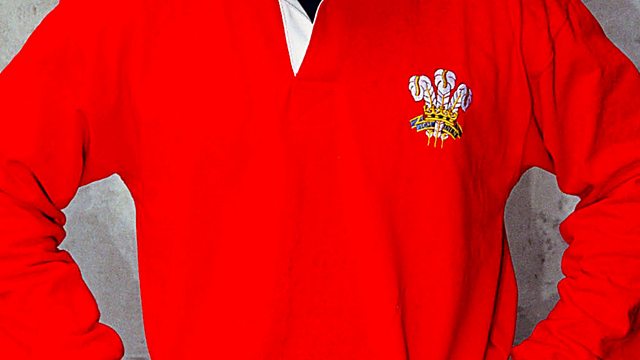 The idea of a nation coming into being: in the track and weave of an oval ball. Owen Sheers' new sound poem explores the complex, often difficult relationship between rugby and modern Welsh identity.

"Re: Union" fuses the violent, lyrical soundscape of Welsh rugby and its culture with a meditation on the social, historical and cultural signifiers of the national sport.

Sheers' new poem is told from the perspective of a young rugby player, about to make his debut for Wales. As he makes the mental and physical journey from the training pitch to the national stadium, he reflects on the experiences, the people and the deeply-knotted histories that have led him to the threshold of that hallowed first cap.

Realised for the radio by Steven Rajam, the poem is woven around the sounds and sensations of a real international matchday: the violence of the training pitch, the crowds thronging to the centre of Cardiff, the intensity of the stadium - and much more.

Complementing the young player's story are contributions from social historians, the groundsman at the Millennium Stadium, a player turned acclaimed poet, and 7-year-old superfans Dylan and Alfie - who show us how real Welsh rugby should be played - with a team of their teddies.

Return of the Monster from the Id