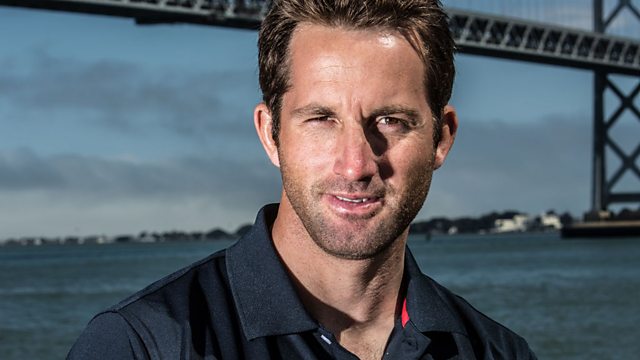 As he crossed the finishing line at the London 2012 Games, winning his fourth gold, the crowd gave a rousing rendition of Rule Britannia: indeed he rules the waves with such a ruthless will to win it seems somewhat contradictory that on dry land he comes across as an unassuming bloke from Cornwall.

He was eight when, in a duffle coat and wellies, he made his first solo journey in a little wooden boat. Ever since sailing has been his obsession. He's brave, strong and skilled, but it's his tactical nouse and maverick streak that sets him apart. In last year's America's Cup he turned a 1-8 defeat into a 9-8 win for the US. Whether he can do the same for his home team may be his next big challenge.

He says, "The desire to win is still the same as ever ... if it wasn't there, that would be a worry. Motivation has never really been a problem for me."