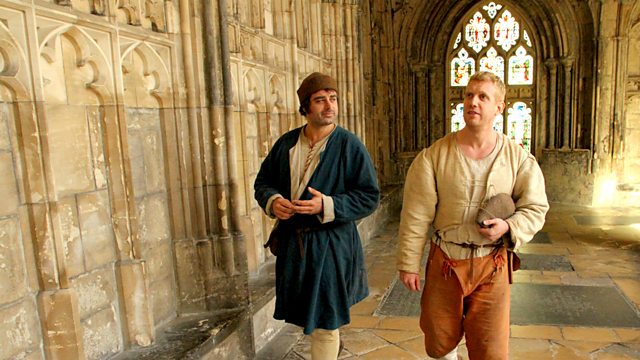 Historians run a farm in West Sussex as it would have been in 1500. The team recreate the winter harvest and look at how Henry VIII's Dissolution changed farming life forever.

It is harvest time, and the days are getting shorter. This episode the team will be bringing in the barley and celebrating with a harvest feast, to give thanks for their bounteous crop.

Autumn was also a time for preserving produce for the winter. Ruth makes salt - vital for preserving meat - in order to have supplies of food throughout the bleakest months of the year.

The team have been recreating the monastic farming conditions of King Henry VII's reign. But his son, Henry VIII, would dissolve the monasteries in the 1530s. Banishing the Church of Rome and with it, the monastic system, replacing it with the Church of England. These would prove to be the last days of monastic living in England. With this in mind, the team focus their attention on some of the skills and crafts that were once monopolized by the monasteries but would be dispersed after Henry VIII's Dissolution. Peter learns how to carve stone and make floor tiles, and Ruth makes Tudor medicines.

To celebrate all their hard work over the course of the seasons the team put on a mystery play, a travelling show that would go from town to town. The plays were organized by religious guilds, like the Farming Guild set up by the team at the beginning of the series. While Ruth and Tom make props and costumes, Tom makes fireworks with an alchemist before preparing to take the stage as Beelzebub in a production of a fitting Tudor favourite, 'The Harrowing Of Hell'.

As the team prepare to leave the farm they reflect on what they have learnt and contemplate how the landscape of Britain and the lives of its people were forever changed by the end of the monastic era, marked by the Dissolution. 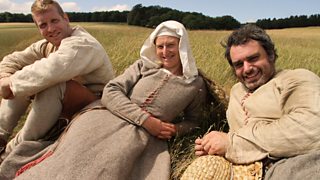 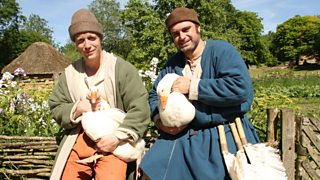