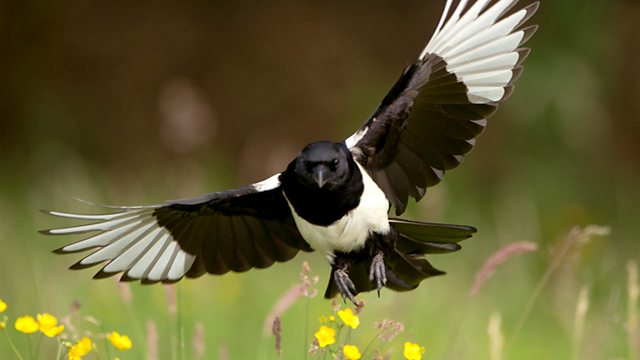 David Attenborough presents the magpie. Magpies have always had a rascally streetwise image. They featured in anti-theft campaigns on television in the 1980s, and long before that, their kleptomaniac tendencies were celebrated by Rossini in his opera, 'The Thieving Magpie'. Their pied plumage isn't just black and white, but gleams with iridescent greens, blues and purples.