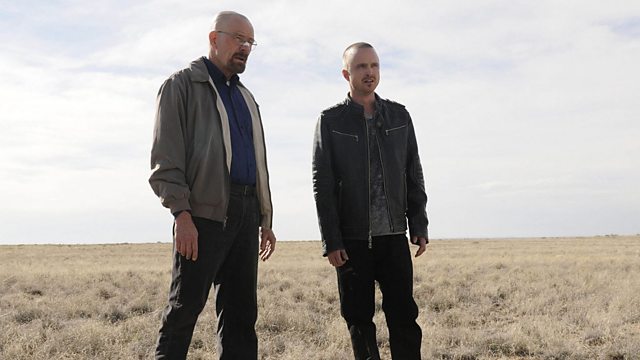 As we binge on box sets, Kirsty Lang asks if we are witnessing the death of the cliffhanger and water-cooler TV, as predicted by Kevin Spacey in his 2013 MacTaggart Lecture.

With Kirsty Lang.
As more and more of us are bingeing on box-sets and stream programmes via our laptops, Kirsty asks whether we're witnessing the death of the cliff-hanger and water-cooler TV, as predicted by Kevin Spacey in this year's MacTaggart Lecture at the Edinburgh International Television Festival. Spacey was the star of The House Of Cards, the first series made by the subscription service Netflix and the first drama ever to be nominated for an Emmy that wasn't show on television. This year also saw the end of Breaking Bad, a word-of-mouth hit that was only available on-line or as a box-set in this country, and further evidence that we may be turning away from traditional television and watching programmes at our own leisure.

Breaking Bad and House of Cards

Breaking Bad and House of Cards are available to watch on Netflix.

Gogglebox is available to watch on Channel 4’s 4od.

You can catch up with BBC programmes via the iPlayer.