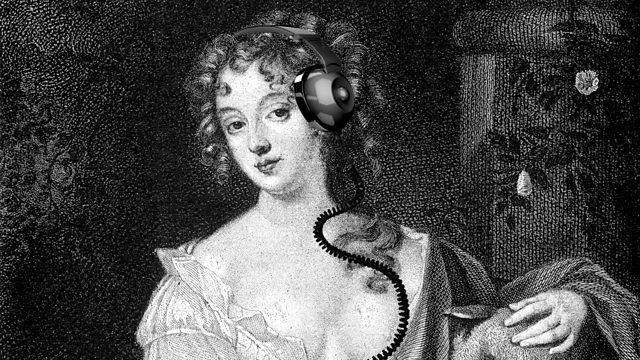 David Owen Norris recreates the musical world of the first female star of the English stage.

Nell Gwyn was a celebrity in the modern sense – and nobody could get enough of her. Just four years after women were first allowed on stage, "pretty witty Nell" was one of the sights of London - the equivalent of a modern stand-up comedian or rapper, improvising lines and comedy. And women on stage could deliver all sorts of subversive messages they were not allowed to express in real life, where they were expected to be chaste and obedient.

This programme is recorded on location in the Theatre Royal Drury Lane, Nell's theatre. Musician David Owen Norris discovers and records some of Nell's famous songs in her mocking, sexy and provocative voice. He then plays them to a trio of Nell Gwyn experts - actor and theatre historian Ian Kelly, scholar Judith Hawley, and early music expert Lucie Skeaping.

The songs are brought to life by jazz singer Gwyneth Herbert and classical singer Thomas Guthrie. They include a satirical account of being pinned to the ground by a fat greasy lover; a camp dialogue between Nell and her rival for the King's affections, the French Catholic Louise; and a message from Nell's sexy ghost.

David Owen Norris is a pianist and composer and Professor of Music at Southampton University.

A Loftus production first heard on BBC Radio 4 in December 2013.

The Duke of Wellington's Playlist

See all episodes from The Playlist Series