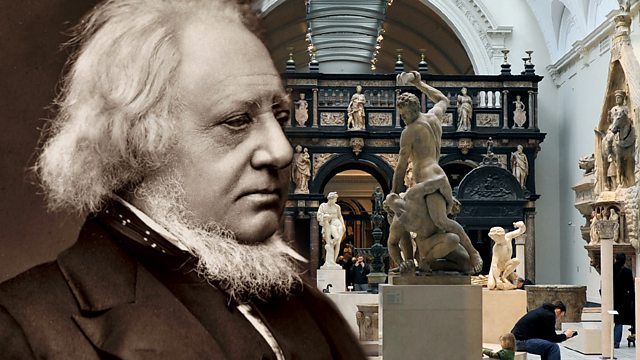 Christopher Frayling explores the legacy of Henry Cole, dynamic founder of London's Victoria and Albert Museum and the vibrant design partnership with the Royal College of Art.

At the time of the Great Exhibition in 1851, British design was fast losing out to the Continent. But by 1871, the South Kensington Museum (now the V&A) with its pioneering public restaurant, free admission days and evening openings, had become a blueprint for design museums worldwide.

The man behind this remarkable achievement was Henry Cole, inventor of the commercial Christmas card, who had helped introduce the Penny Post. A bustling, rotund figure with a mane of white hair, 'Old King' Cole transformed what had been a teaching collection of plaster casts into a world-leading museum of art and design. But despite the patronage of Prince Albert, it proved an arduous journey, often fraught with opposition from a suspicious Establishment.

Christopher Frayling is a former Rector of the Royal College of Art and former V&A Trustee.