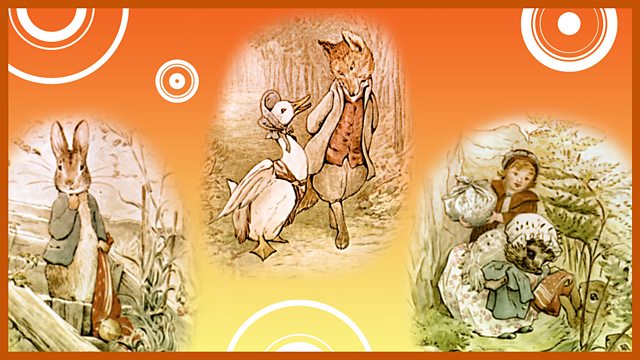 1. The Tale of Pigling Bland

4 Extra Debut. Two young pigs embark on an adventure on the way to market. Starring Johnny Vegas and Morwenna Banks. From December 2013.

Her love of the British landscape and its inhabitants - coupled with her world famous ability for storytelling - means she has been one of the most celebrated children's authors of the last hundred years.

This suite of five of her tumultuous tales, including some of the lesser-known stories, brings comedic surprise, comfort and joy to the Christmas audience.

Their timeless wonders pit the delight and childlike innocence of the very human characters against the dark and dramatic ruthlessness of the food-chain-led underbelly of Cumbria's fields and hedgerows.

In this episode Johnny Vegas stars as Pigling Bland and Morwenna Banks as Pig-Wig.

Adapted and Directed by Sean Grundy

Produced by Sally Harrison
A Woolyback production for BBC Radio 4

2. The Tale of Peter Rabbit—The Tales of Beatrix Potter