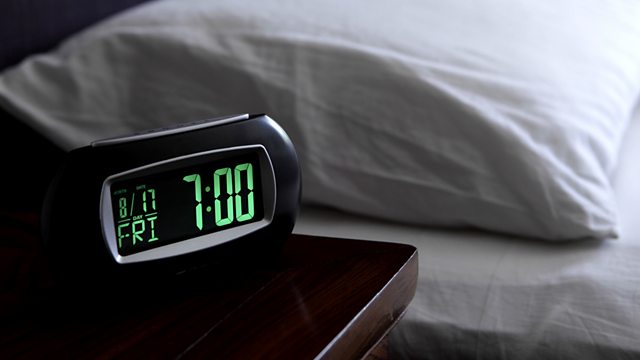 Are you a lark or an owl? Are you at your best in the morning or the evening? Linda Geddes meets the scientists who are discovering the genetic differences between larks and owls.

Are you a lark or an owl? Are you at your best in the morning or the evening? Linda Geddes meets the scientists who are exploring the differences between larks and owls. At the University of Surrey's Sleep Research Centre she talks to its director, Professor Derk-Jan Dijk, and finds out her own chronotype by filling in a questionnaire.

Linda discovers why we have circadian rhythms and why they don't all run at the same rate. Dr Louis Ptacek from the University of California, San Francisco, explains his investigation of the genes of families whose members get up very early in the morning and of those who get up very late.

She finds out why our sleep patterns change as we age - teenagers really aren't good at getting up in the morning. Professor Mary Carskadon from Brown University explains that although some schools have experimented with a later start there is no plan to put this into universal practice.

Linda talks to Professor Til Roenneberg from Ludwig-Maximilians-University Munich about his concept of social jetlag. And she hears about research trying to reduce the exhaustion often suffered by shift workers. Dr Steve Lockley of Harvard University tells her about using blue light to improve the wellbeing of people with medical conditions.