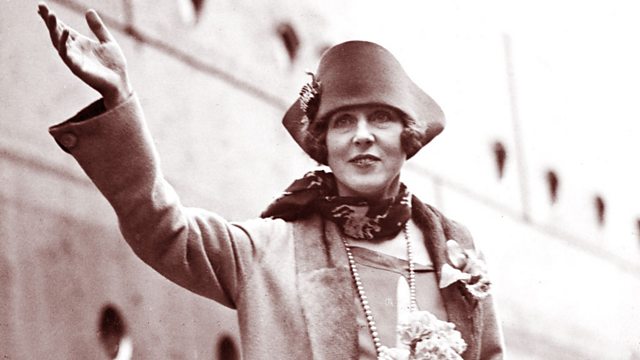 Lady Diana Cooper writes to her son at boarding school with news about the impending war and plans to evacuate. Read by John Julius Norwich and Patricia Hodge.

This new book contains the letters sent from aristocrat, society darling and actress of stage and early screen, Lady Diana Cooper, to her only son, John Julius Norwich.

When Lady Diana married rising political star Duff Cooper, they became the golden couple who knew everyone who was anyone. Her letters serve as a portrait of a time, capturing some of history's most dramatic events and most important figures with immediacy and intimacy. But they also give us a touching portrait of the love between a mother and son, separated by war, oceans and the constraints of the time they lived in.

Her letters span the years 1939 to 1952, taking in the Blitz, Diana's short spell as a farmer in Sussex, a trip to the Far East when husband Duff was collecting war intelligence, the couple's three years in the Paris embassy, as well as a great number of journeys around Europe and North Africa.

Diana and John Julius, London, circa 1944