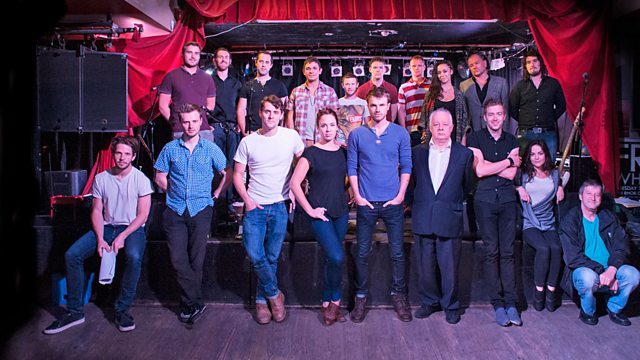 Jimmy Rabbite is on a mission - he wants to spread the gospel of soul to Dublin. Barrytown is about to become Motown as Jimmy decides to put a band together.

The first of Roddy Doyle's Barrytown series of novels, all to be dramatized by BBC Radio 4. Roddy Doyle's ground-breaking classic is the story of a working class Dublin band -The Commitments.

With Joey the Lips Fagan on trumpet, Billy The Animal Mooney on drums, Derek the Meatman Scully on bass, Dean Good Times Fay on sax, L. Terence Foster on guitar, James the Soul Surgeon Clifford on piano and - not forgetting the singers - Declan Blanketman Cuffe and The Commitmentettes, Sonya, Sofia and Tanya. This Dublin band are ready to bring some serious soul, the working man's rhythm, to Dublin's Northside.

Dramatised by Eugene O'Brien. Directed on location in Dublin by one of Ireland's finest filmmakers, Jim Sheridan (In the Name of The Father, In America, My Left Foot, The Field.)

The young cast is comprised of a new generation of talented young Irish actors and the music is by the emerging Dublin band, The Riptide Movement.

See all episodes from Roddy Doyle on Radio 4