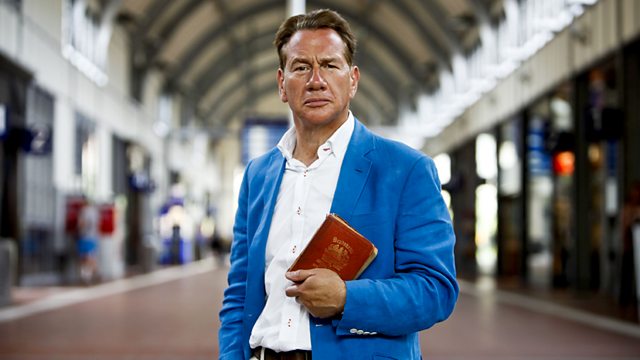 Michael Portillo samples the delights of the French and Spanish Atlantic coast and learns how Britain's 'railway king' Edward VII made the region popular.

Following in the footsteps of early 20th-century British tourists, Michael Portillo sets off with his 1913 railway guide to sample the delights of the French and Spanish Atlantic coast.

Heading first to Bordeaux, he uncovers an historic British connection to the fine clarets of the region and marvels at the ingenuity of the city's trams. In Biarritz, he discovers how Britain's 'railway king' Edward VII made the region popular and how he amused himself in the fashionable resort.

Across the border in San Sebastian, Michael learns how dynastic diplomacy brought Britain and Spain closer together and rides a hair-raising scenic railway. Heading into the Spanish Basque country, in Bilbao, Michael explores the industrial ties between the two nations and learns to cook a traditional Basque dish.