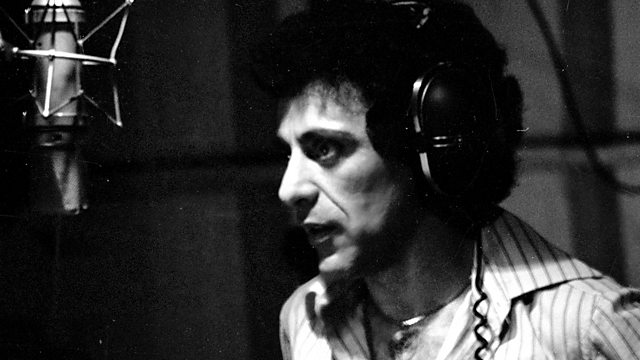 Can't Take My Eyes Off You

Frankie Valli shares memories of his hit song alongside others whose lives have been touched by this widely covered tune. From December 2013.

Few songs can claim to be - quite literally - as far reaching as the 1967 classic 'Can't Take My Eyes off You'. In this edition of Radio 4's 'Soul Music', we hear from former astronaut Christopher Ferguson who heard this song as an early morning wake-up call aboard the space shuttle Endeavour. And from mum of two Michelle Noakes who sang this classic piece to the baby she was told she may never be able to carry. We also hear from the honeymoon couple whose marriage proposal began with a hundred strong 'flash mob' performance of this track and from Frankie Valli himself, who reflects on one of the most moving performances he ever gave when he sang 'Can't Take My Eyes off You' to a crowd of recently returned Vietnam Veterans. DJ Mark Radcliff recalls the many artists since Valli that have covered this song (not least his mum as she sang along to the Andy Williams version) and composer Bob Gaudio tells us how this now universally famous piece of music began life in a room over looking Central Park with a melody originally penned for a children's nursery rhyme.