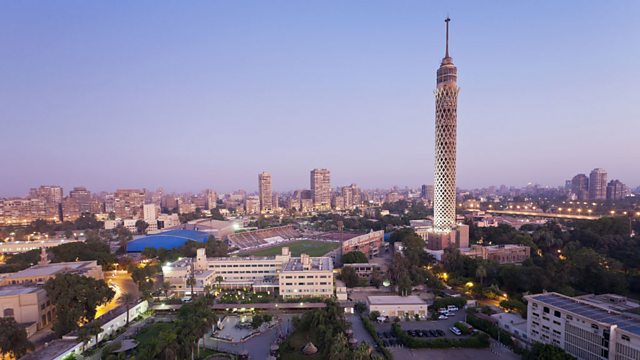 The Making of the Modern Arab World
Episode 1 of 4

Egyptian author Tarek Osman traces characters and ideas that have shaped the modern Arab world. He begins by exploring what some call the liberal era in Egypt and Syria.

Egyptian author Tarek Osman uncovers the history of the modern Arab world by tracing some of the great political dreams that have shaped it, from the nineteenth century to the Arab Spring.

Throughout the series, he focuses on two countries that are currently high on the news agenda: Egypt and Syria. As Tarek discovers, these are also the states from which many of the crucial characters and ideas in this story emerged.

In the first episode, Tarek takes us back to Egypt's early nineteenth century encounters with Europe.

He traces the journey of the Islamic scholar al-Tahtawi, who spent several years in Paris in the 1820s. There he was deeply struck by many exotic aspects of French culture, from constitutional governance, through forms of dress and dance, to newspapers. Back in Egypt, he became part of a burgeoning push to modernise his home country.

And Tarek visits what is now a major Cairo hotel, but in 1869 was a vast neoclassical palace, newly built to host the celebrations for the opening of the Suez Canal. Sitting on the garden terrace, he hears of the delights of 'the century's grandest party'.

Through scenes like this, he explores how, in the late nineteenth and early twentieth century, even as the Ottoman, British and French Empires asserted their power in the Arab world, a cultural renaissance was spreading.

It brought an explosion in literacy, campaigns for women's rights, and a flowering of artistic creativity from novels to cinema.

But the First World War saw Britain and France cut a secret deal to divide parts of the Arab world between them. And the reassertion of colonial power after the war brought major rebellions, such as the 1919 Egyptian Revolution and the 1925-7 Syrian rising against the French.

As Tarek hears, these were in the minds of some of those who, in 2011, took to the streets to protest against their rulers.

And so Tarek traces how, in the years between the world wars, what some historians call the liberal period in the Arab world began to lose credibility.

After all, the lives of the growing Arab middle-class might have been enriched by the Nahda, but many ordinary people remained impoverished. And many still chafed against colonial power.

And so new, harder-edged ideas began to emerge.

In 1928, a young teacher called Hasan al-Banna founded the Muslim Brotherhood in Ismailiya in northern Egypt, to oppose the cultural dominance of the West and reassert Islamic values.

And meanwhile, a much more secular vision of a better future for the Arab world was taking shape too: Arab nationalism.

See all episodes from The Making of the Modern Arab World