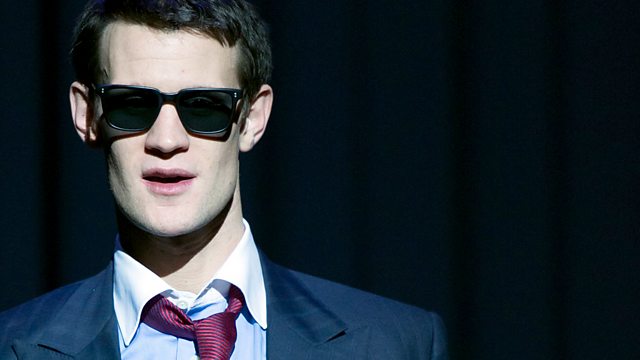 Anne McElvoy is joined by Susannah Clapp and Cleo Van Velsen with a first night review of a new musical adaptation of "American Psycho", Brett Easton Ellis's 1991 novel, graphically violent in its indictment of consumerism. Matt Smith, who has been seen on TV screens as "Dr Who", stars as Patrick Bateman, the serial killer Manhattan businessman.

Doris Kearns Goodwin's last book Team Of Rivals was praised by Barack Obama and made into a film by Steven Spielberg. Her latest book The Bully Pulpit recreates the turbulent politics of reforming President Theodore Roosevelt. She joins Anne to discuss the birth of Progressive Politics and the lessons of history for US politics today.

Did British architects consolidate the idea of the tropics? The royal institute of British Architecture has launched a season celebrating the Brits who built the world with an exhibition at London's Victoria and Albert Museum of drawings and plans sent to and from the UK by practitioners around the Empire. Anne McElvoy talks to Riba's picture curator Charles Hind, art historian Gavin Stamp and to architect and urbanist, Tania Sengupta, about some surprising links and continuities between the Georgian and Victorian buildings with which British architects festooned large parts of the world and the subsequent global success of British modernism.

All this and Christmas in the medieval period with New Generation Thinker Sarah Peverley.

American Psycho is on at the Almeida Theatre, London from Friday 13 January 2013 until Saturday 1 February 2014.