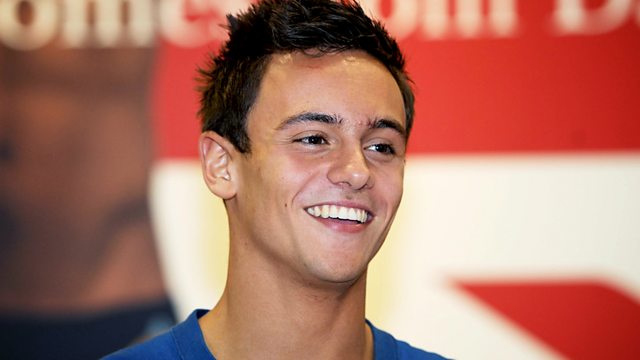 Mark Coles profiles British Olympic diver Tom Daley, who provoked a great deal of discussion this week by announcing that he is dating a man.

He was one of the poster boys for London 2012 - a contributor to Team GB's medal haul, admired for his perfect mid-flight somersaults and skimpy swimwear.

British Olympic diver Tom Daley has lived his life in the public eye since first attracting attention aged ten, when he became Britain's youngest diver to win the national championships.

Tom Daley is in the media spotlight more than ever this week after announcing on YouTube that he is dating a man, provoking much discussion not only of the announcement but of the public's reaction to it. Mark Coles tells his story.