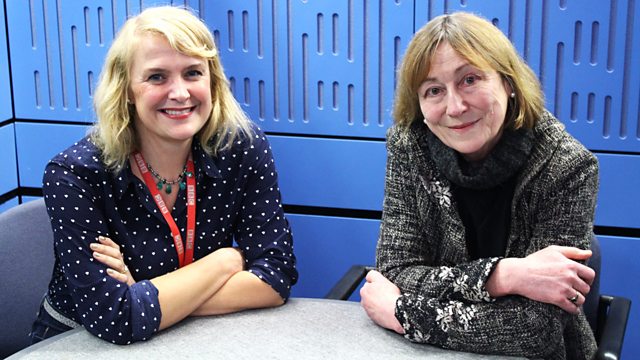 With Sarah Walker. Essential CD of the Week: Choral Music from the Renaissance and Baroque; Artist of the Week; Miranda Seymour; Sarah's Essential Choice: Liszt: Festklange.

Sarah Walker with her guest, the novelist and biographer Miranda Seymour.

9am
A selection of music, including the Essential CD of the Week: Choral music from the Renaissance and Baroque with the Cambridge Singers and La Nuova Musica under John Rutter. We also have our daily brainteaser at 9.30 - today, Who's Singing?
10am
Artist of the Week: Estonian Philharmonic Chamber Choir

10.30am
Sarah's guest this week is the novelist and biographer, Miranda Seymour. Biographies by Miranda include the lives of Ottoline Morrell, Mary Shelley, Virginia Cherrill (Chaplin's Girl), Hellé Nice (Bugatti Queen), Henry James (A Ring of Conspirators) and Robert Graves (about whom she also wrote a novel, The Telling, and a radio play, Sea Music). In My Father's House won the 2008 Pen Ackerley Memoir of the Year prize and was selected as a New York Times Book of the Year. Miranda's latest book - Noble Endeavours: Stories from England; Stories from Germany - was published earlier this year.