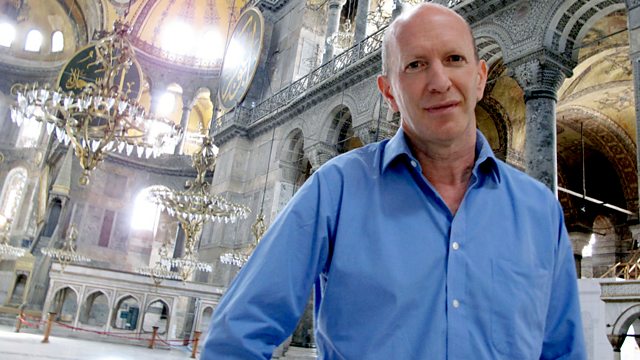 Byzantium: A Tale of Three Cities

Simon Sebag Montefiore looks at Istanbul's Greek roots, its transformation into the capital of a Christian empire and reveals how clashes forced eastern and western churches apart.

Simon Sebag Montefiore traces the sacred history of Istanbul. Known as the 'city of the world's desire', it's a place that has been the focus of passion for believers of three different faiths - Paganism, Christianity and Islam - and for nearly 3,000 years its streets have been the battleground for some of the fiercest political and religious conflicts in history.

Montefiore uncovers the city's ancient Greek roots, maps its transformation into the imperial capital of a Christian empire by Emperor Constantine the Great and reveals how ecclesiastical clashes forced eastern and western churches apart.

See all episodes from Byzantium: A Tale of Three Cities