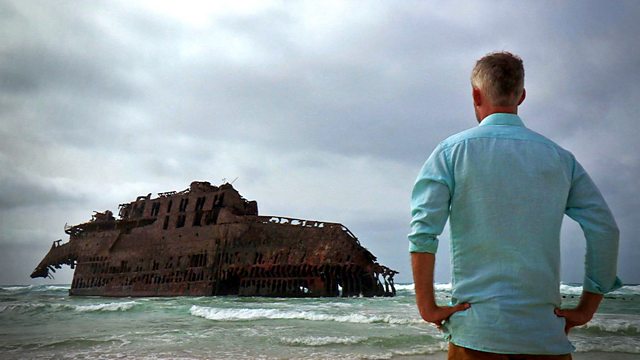 The story of the top-heavy Mary Rose, the wrecking of the Spanish Armada and the real-life sea disasters that inspired The Tempest and Robinson Crusoe.

Shipwrecks are the nightmare we have forgotten - the price Britain paid for ruling the waves from an island surrounded by treacherous rocks. The result is a coastline that is home to the world's highest concentration of sunken ships. But shipwrecks also changed the course of British history, helped shape our national character and drove innovations in seafaring technology, as well as gripping our imagination.

In this three-part series, maritime historian Dr Sam Willis looks at how and why the shipwreck came to loom so large. He begins with the embarrassing story of the top-heavy Mary Rose, the freak wrecking of the Spanish Armada and the terrifying real-life disasters at sea that inspired two of the greatest of all castaway tales - Shakespeare's The Tempest and Daniel Defoe's Robinson Crusoe.

A World Turned Upside Down

See all clips from Home Waters to High Seas (3)