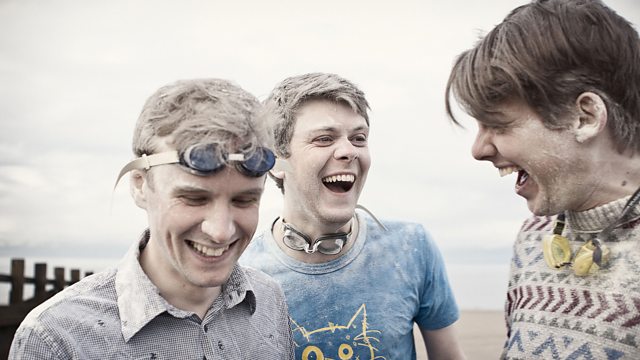 Janice has live music from nu-folk band We See Lights, plus she hears about a stage adaptation of Wilde's The Selfish Giant and an exhibition of Scottish fine art photography.

We've live music from We See Lights, seen as one of the pioneering bands of the 'Scottish nu-folk revolution'. They're joined by Daniel Abercrombie to tell us about The Christmas Songwriters' Club.

Janice will be slinging on her crampons and dusting off her ice axe to venture into Scotland's mountainous winter wonderland ahead of One Wild Winter, a BBC One Scotland documentary, airing tonight which examines what draws folk to such a beautiful but treacherous landscape at this time of year.

Forget book best-seller lists, Janice will be asking independent bookseller Barry Young and the Edinburgh International Book Festival's Roland Gulliver what to get for the young and choosy this Christmas.

Writing collective '26' have written 26 Stories of Christmas all wrapped up in a 26-day online Advent calendar. Janice will be opening today's with the Collective's Sara Sheridan.

A major new exhibition of Scottish fine art photography has opened at the McManus Gallery in Dundee. Featured artist Calum Colvin and co-curator Susan Keracher tell us about the city's impressive collection.

And star of a stage adaptation of Oscar Wilde's Selfish Giant currently running at the new Studio venue at the Festival Theatre is in the studio. Iain Johnstone gives us a flavour of the piece and children's book specialist Janet Smyth gives insight into Wilde's writing for young people.