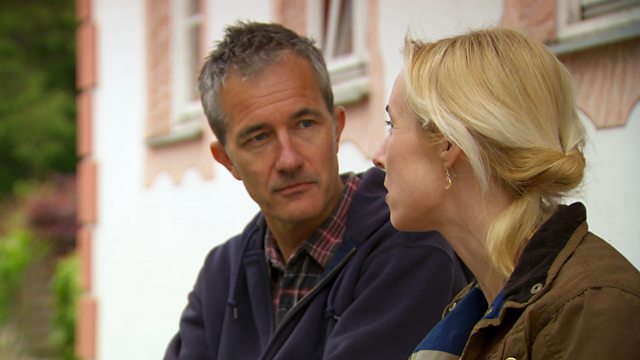 DH Lawrence: A Journey Without Shame: A Culture Show Special

Writer Geoff Dyer and scholar Catherine Brown explore DH Lawrence's influence on the 20th century, 100 years since the publication of his revolutionary novel Sons and Lovers.

It's a hundred years since DH Lawrence's revolutionary novel, Sons and Lovers, first hit the bookshops - and to celebrate, the writer Geoff Dyer, accompanied by Lawrence scholar, Catherine Brown, retread the Alpine journey that the love-struck Lawrence made when he eloped from England with the sexually liberated Frieda Weekley, in 1912. It was an extraordinary trip that enabled him to complete his first masterpiece and also marked the moment when he decided to risk everything for his writing.

As Geoff and Catherine head into the mountains, the film ranges over the globetrotting story of Lawrence's life and work and takes the opportunity to fight back against Lawrence's many critics. With assistance from a clutch of Lawrence admirers - including poet Simon Armitage, novelist Rachel Cusk and the biographer John Worthen - the hikers peel back the stereotype of Lawrence as that earnest, one-track-mind novelist to reveal one of the most adventurous, humane and influential figures of the 20th century.

Me, You and Doctor Who