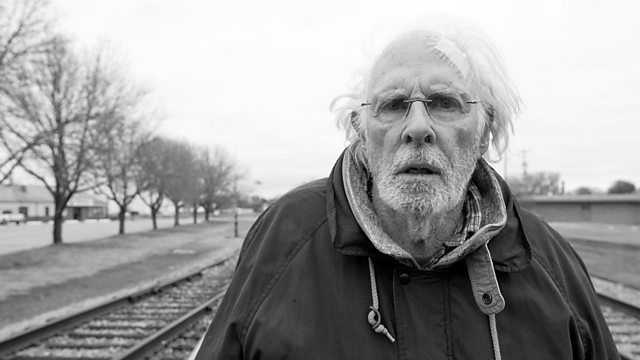 Arts news, interviews and reviews with Mark Lawson, including a review of Nebraska, an interview with John Pilger, and one-woman shows from Julie Andrews to Billie Holiday.

Nebraska is the latest road movie from Alexander Payne, the director of oenophile comedy Sideways. In Nebraska, Bruce Dern plays an ageing father who takes a trip with his son across the mid-west to pick up a million-dollar prize. Critic Leslie Felperin delivers her verdict.

Josephine Baker, Billie Holiday and Julie Andrews have all appeared on the London stage this year, in one-woman shows performed by Cush Jumbo, Nina Kristofferson and Sarah-Louise Young respectively. The three actresses reflect on the pitfalls of dedicating a show to a beloved performer, and how it feels to have a close friend of that performer make themselves known in the audience.

Philomena director Stephen Frears reveals the part he played in one of this year's surprise hits in publishing, Love, Nina, a nanny's account of family life by Nina Stibbe.

Investigative journalist John Pilger turns his gaze on his home country of Australia and the treatment of indigenous people, in his latest documentary Utopia. He tells Mark about the reception he is expecting down under.

Nebraska is in cinemas from 6th December, certificate 15.

Julie Madly Deeply is at The Trafalgar Studios in London until 4th January 2014.

The Billie Holiday Story will tour the country in April and May 2014 dates on the website.

Utopia is now is available now on DVD and as a download. It will be broadcast on ITV on December 19th.