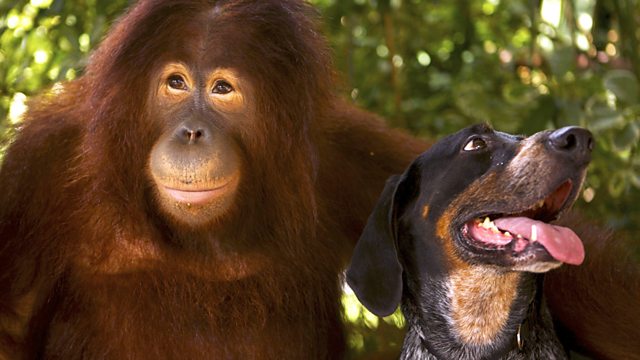 Wildlife biologist Liz Bonnin sets off on a worldwide journey of discovery to find out why animals of different species make friends with each other, and even fall in love.

Animals that behave in ways we would never expect fascinate us. In recent years, the internet has been changing the perception that most species have evolved to stick to their own kind and to generally not get along. Videos, generating millions of hits, are showing different species interacting in ways previously not thought possible. These animals are displaying what looks like friendship, affection and even love towards one another. But what lies at the heart of these behaviours? Can science explain why these unusual partnerships take place? And if so, what can they teach us about how the animal kingdom really works?

Wildlife biologist Liz Bonnin sets off on a worldwide journey of discovery to find out why animals of different species make friends with each other. Why would a cat adopt some ducklings? Could an orangutan really keep a dog as a pet? Could two animals of different species even fall in love? Liz is on a mission to find the reasons behind the world's cutest and weirdest Animal Odd Couples.