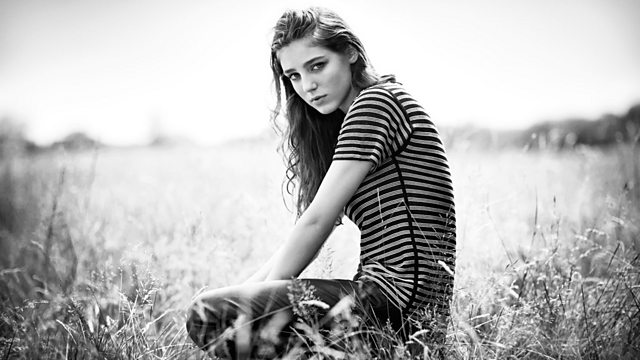 Singer-songwriter Birdy performs, Charlotte Walker talks about her blog on living with bipolar disorder, and the impact of legal aid cuts on divorcing couples. With Jenni Murray.

Singer-songwriter and pianist Birdy first emerged at 15 with an album of covers. Two years on she's back this time with her own material. She'll be talking about her music, classical background, and finding success at such a young age, and performing "No Angel" live in the studio.

Cuts to the legal aid system have meant that since April, most couples no longer qualify for legal aid for divorce or separation. This has led to a rise in the number of parents taking divorce and child custody cases to court, with many choosing to represent themselves and not accessing mediation. What impact is that having on their children?

One in ten women report having experienced sex against their will according to Wendy Macdowall, a lecturer in health promotion at the London School of Hygiene and Tropical Medicine. It's all part of work that she's done for the National Survey of Sexual Attitudes and Lifestyles. But what are the the ramifications of her findings ?

Amal Elsana Alh'jooj is one of the key shapers of public opinion on the status of the Arab minority and the status of women in Israel. In London to pick up an award, she talks about her own life and the challenges facing Bedouin women.

And Charlotte Walker writes about her life with mental health issues as @BipolarBlogger and on the Purple Persuasion blog. She's just won her the Mark Hanson Digital Media Award at the 2013 MIND Mental Health Awards. What's the aim of the blog and why did she decide to blog about some very personal issues?

Women and the Law

Legal aid changes came into force on the 1st April 2013 as part of the government’s plan to save £350 million a year from the £2.2 billion cost of funding civil actions in England and Wales. The changes mean that the majority of people are now no longer eligible for funding for divorce and custody disputes. As a result there has been a steep decline in the number of couples using mediation services, since fewer people are seeing solicitors and being referred to a mediator. This has led to an increase in the number of people representing themselves in court. Statistics recently compiled by the Ministry of Justice show that the number of couples attending out of court sessions to resolve family issues have fallen by 34% since the cuts were introduced. Jenni Murray is joined by Liz Edwards, chair of Resolution, and Anthony Douglas, chief executive of CAFCASS, to discuss how children caught up in legal battles are being affected and how the government hopes to resolve the problem by introducing a new law in April 2014, which requires all couples to attend a mediation session before going to court.

More on mediation from the Ministry of Justice

Charlotte Walker writes about her life with mental health issues as @BipolarBlogger and on the Purple Persuasion blog. The honesty, accuracy and wit of her blog has just won her the Mark Hanson Digital Media Award at the 2013 MIND Mental Health Awards. She joins Jenni to talk about living with bipolar disorder, her choice to blog about some very personal issues and the importance of breaking taboos around mental health.

Amal Elsana Alh’jooj was born in the temporary Bedouin settlement of Tel Arad near the Dead Sea as the fifth daughter of a traditional family.  By the age of 17 she was already involved in working to improve the rights of women in her community and she was the first Bedouin women to go to college in Israel. She went on to found the Arab-Jewish Center for Equality, Empowerment and Cooperation, was nominated for a Nobel Peace Prize and has just come to London to collect an award for pioneering work amongst the Bedouin community and furthering the cause of a shared society between Arabs and Jews. Today, Amal is one of the key shapers of public opinion on the status of the Arab minority and the status of women in Israel. She talks to Jenni about her own life and the challenges facing Bedouin women.

Singer-songwriter and pianist Birdy first emerged at 15 with her album of covers, like Bon Iver’s Skinny Love, which found her huge success, both here and abroad. Her debut album went gold in the UK, and to number one elsewhere, and her videos have had more than 138 million views online. She was discovered at the age of 12, but comes from a family of performers – her mother’s a concert pianist, and her great uncle was Dirk Bogarde. Now, at 17, and with a new album of self-penned songs, she talks to Jenni about making music, her classical background, and finding success at such a young age. And she plays her track No Angel for us, live in the Woman’s Hour studio.

Birdy’s new single Light Me Up, and her second album, Fire Within, are both out now on 14th Floor/Atlantic Records.

The National Survey of Sexual Attitudes and Lifestyles takes place every ten years. The results give a detailed picture of the patterns of sexual behaviour, attitudes and health across the British population. This enormous project talks to 15,000 people from 16-74. As a part of this research Wendy Macdowall, lecturer in health promotion at the London School of Hygiene and Tropical Medicine, identified that one in ten women report having experienced sex against their will. She joins Jenni to discuss the ramifications of her findings.