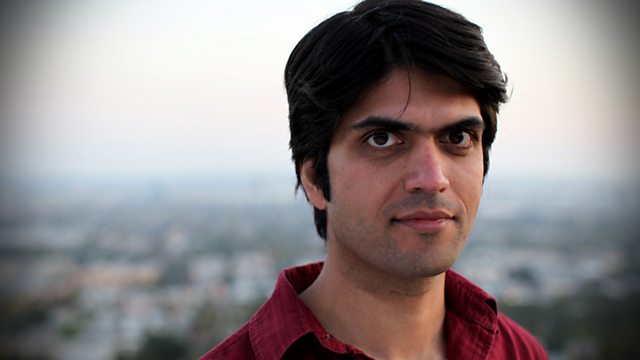 The Next Global Killer

Ten years after the SARS pandemic, Alok Jha investigates if we will ever predict and be better prepared for the next deadly global epidemic, be it bird flu or a bat virus.

Ten years after the SARS pandemic, science journalist Alok Jha investigates whether we'll ever predict or at least be well prepared for future deadly global epidemics, be they bird flu or bat viruses

When it comes, the pandemic will be caused by a virus which originated in an animal and then crossed the species barrier into humans. This is how the so-called Spanish Flu pandemic of 1918 started. That global epidemic killed an estimated 50 million people. The AIDS pandemic of the last 30 years resulted from a virus in forest primates jumping into hunters in Central Africa. Since then a bat virus spread through other animals to humans to cause SARS, infecting thousands and killing hundreds. And since the late 1990s, scientists have been closely watching the deadly avian flu virus H5N1 for indications that it might begin to spread from person to person.

Outbreaks of infectious zoonotic diseases have been increasing since the 1950s. Epidemiologists blame a combination of accelerating encroachment into wild habitats, increasing human and farm animal numbers, ever more urbanisation and the modern day ease of travel. Humans and their domestic animals are making increasing contact with wildlife (from which these viruses originate) and forming ever denser and complex transmission routes which increase the chances of an infection taking off.

However the fact that more of these 'spill-over' outbreaks are documented is also likely to be down to the fact that the world is looking harder for them. Even greater and more intensive surveillance is one of the keys to pandemic prediction and preparedness.

Alok Jha visits a new human-animal virus surveillance project in Vietnam, operated by the University of Oxford, the Wellcome Trust and Vietnamese authorities where they are looking for previously unknown viruses causing illness in the general population, as well as doing long term surveillance on hundreds of farms, animal markets and wildlife sites, both of animals and the people who come into contact with them. Alok visits a live animal market in the Mekong delta where rats are sold and butchered for customers and a small farm where all the animals are being sampled for state of the viral detection. The Oxford-led project hope their project will act as a model for more intensive and sophisticated novel disease surveillance systems in Vietnam and other developing countries.

But even with better surveillance and an improved grasp of what viruses are out there, another major obstacle to accurate pandemic prediction is our lack of knowledge of which particular viruses we should be most worried: those which need swift preventative action and those that don't. Which versions of avian influenza H5N1 for example would have the ability to spread from person to person as easily as seasonal flu. There is a controversial line of research which would get us to these answers though.

Alok meets the leading and controversial Dutch virologist Ron Fouchier of the Erasmus Medical Centre in Rotterdam. Prof Fouchier's team has evolved a variant of H5N1 which can spread through the air between mammals in his Level 3 biosecure lab. The technique involved a combination of preliminary genetic engineering with 3 mutations already found out in the real world and then letting the virus evolve by itself. Only a handful of genetic changes are needed to turn H5N1 which reaches a dead end once it gets into mammals to a virulent pathogen which becomes airborne and infectious.

Colleagues of Fouchier at the University of Cambridge used his findings to calculate the odds of that transformation in the laboratory happening in the real world. It is a real possibility they say, given the billions of domestic birds and people, and that H5N1 is still out there in many flocks in Asia.

The experiments have caused alarm among bioterrorism experts and there has been a moratorium on publishing Fouchier's data. However Fouchier and other virologists argue that the information about which mutations in animal viruses cause them to jump to and then spread easily between humans is essential for global pandemic surveillance if we are going to predict and prevent the next global killer.

Alok Jha is one of the science correspondents at 'The Guardian' and a regular reporter on BBC TVs 'Science Club'.