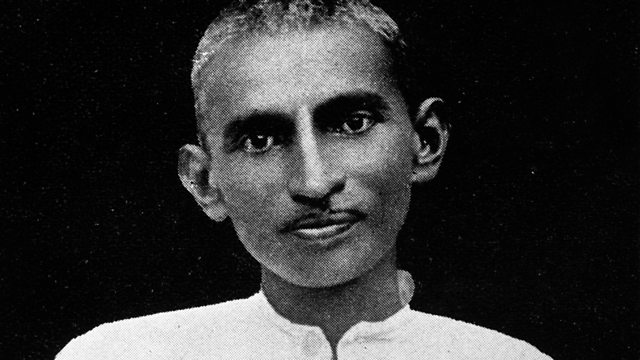 Rana Mitter looks forward to an Age of the Happy City with innovative urban scholar, Richard Burdett, and journalist and urban experimentalist, Charles Montgomery. What can Rio de Janeiro teach Mumbai or Copenhagen teach Vancouver or Bogota have to say to Shanghai? Why should density replace sprawl? Can planning bridge the gap between efficiency and sociability? The world is witnessing unprecedented urban growth; fifty three per cent of us live in cities today - heading towards seventy per cent by the middle of the century. The form these new and growing cities take will have a huge effect on global resources and the living conditions of billions of people.

One of India's leading historians Ramachandra Guha tells Rana about Gandhi before India. He traces the friendships, set-backs, struggles and events which shaped Gandhi's thinking and honed skills he would take back into India's struggle for independence. Argument not confrontation was the best way to spread the vegetarian message - so Gandhi learned in London - while in South Africa he honed his political skills even as the foundations of apartheid were laid.

The artist brothers Jake and Dinos Chapman are famed not only for the provocative and controversial nature of their work but also for their defacing of works by other artists, including Goya. A major exhibition opening this week at London's Serpentine Sackler Gallery will demonstrate the range of the artists' output over the last twenty years and also showcase several new works. Now the siblings are middle-aged, has the dark and gruesome edge of their imagination lost its bite? Jacky Klein reviews.

Gandhi Before India by Ramachandra Guha is available now, published by Allen Lane.

Jake and Dinos Chapman: Come and See is on display at Serpentine Sackler Gallery in London from 29th November 2013 - 9th February 2014.