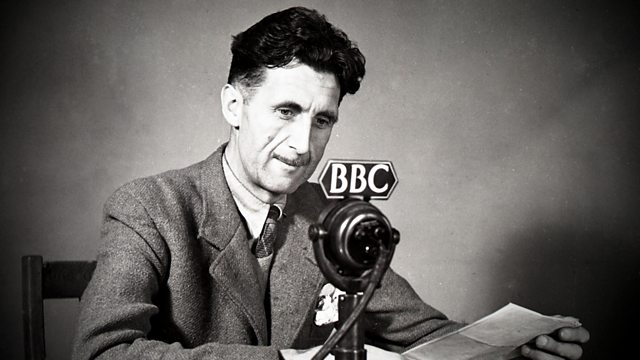 As Scotland and England consider the future of the United Kingdom, Philip Dodd discusses what Orwell and his version of Englishness might have to offer the debate, with Robert Colls, author of 'George Orwell: English Rebel', historian Selina Todd, and singer and author Pat Kane.

As an exhibition of glasswork by contemporary British artists opens in London, Philip talks to two of the contributors Gavin Turk and Sue Webster about working in the medium.

And from the Ancient Agora to the therapist's couch? A group of philosophers and psychotherapists suggest Stoic philosophy is a tool for self help. Are they right? Philip is joined by Radio 3 New Generation Thinker Jules Evans who is one of the organisers of Stoic Week and by classicist Professor Edith Hall, and philosopher and journalist Mark Vernon.

Glasstress 2013 is on at The London College of Fashion from Wednesday 27 November 2013 until Sunday 23 February 2014 and The Wallace Collection, Hertford House, London until Wednesday 26 February 2014.