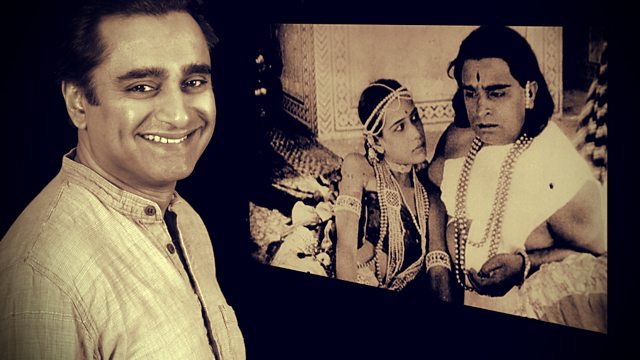 4 Extra Debut. Sanjeev Bhaskar reveals the very British roots of three of Bollywood's earliest and most influential filmmakers. From November 2013.

Who would have thought that the careers of three of the most influential figures of the early Bombay film industry would actually begin on the stages and screens of London's West End theatres and cinemas?

But, as Sanjeev Bhaskar reveals, screenwriter Niranjan Pal, producer/actor Himansu Rai and actress Devika Rani all found fame first in Britain and learned much of their craft in the cosmopolitan film industry centred in London between the wars.

Drawing on recent research, Sanjeev pieces together a fascinating tale of two talented and determined Indian men and a ravishingly beautiful and intelligent Indian woman who crossed barriers of race, language and geography to create some of the most striking films of the early era and enter the hearts and minds of British audiences.

Their films include the pioneering feature-length silent epic The Light of Asia, which received a Royal Command performance at Windsor Castle in 1926, and the early talkie Karma (made in English) which premiered in Marble Arch in 1933, featured Indian cinema's longest kiss, and made an international star of Devika Rani.