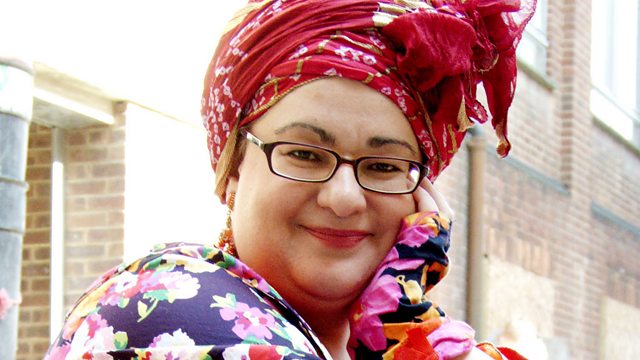 Richard Coles and Anita Anand with Kids Company Founder Camila Batmanghelidjh, The Inheritance Tracks of Charlie Higson, JP Devlin waxing lyrical with actress Joan Collins, the willowy sound of a cricket bat being fashioned, Ben Markus who was given, maybe, 12 months to live in January 2012 on finding love and the strength to KBO ( keep battling on ), topical poetry from Luke Wright and John McCarthy is joined by London writer Travis Elborough on a trail through the capital to see the sites of sights you can't see any more. They don't see the Euston Arch, old London Bridge, Vauxhall Pleasure Gardens or Battersea Park Funfair.

Poet Luke Wright reflects on the programme with lyrical intent.
Luke Wright is a British poet. Born in Hackney in 1982 Luke Wright was raised in North East Essex. Inspired by Martin Newell and John Cooper Clarke he began writing and performing poetry aged 17, whilst still at sixth form college in Colchester. Luke appears at the Roundhouse in London on 29th November.

Joan Collins talks to JP about her camel memorabilia, which includes two cushions, 18th century pictures and Wedgewood mugs. JP visits the actress and author at home to find out more about her collection.
Joan's latest book, 'Passion For Life' is her autobiography.

Ben Markus was diagnosed with cancer in January 2012 and given perhaps 12 months to live. Then he met Janet and he confounded the original prognosis. He and Janet talk about hope, love and life.

John McCarthy is joined by London writer Travis Elborough on a trail through the capital to see the sites of sights you can’t see any more. They don’t see the Euston Arch, old London Bridge, Vauxhall Pleasure Gardens or Battersea  Park Funfair.

Charles Murray Higson more commonly known as Charlie Higson, is an English actor, comedian and author whose latest book is called The Fallen, part 5 of a series of 7 books for young adults. He has also written and produced for television and radio.

Charlie chooses I'm Waiting For The Man by The Velvet Underground and Rolling by Randy Newman.

Tony Cook is a senior bat maker and talks about the making of a good cricket bat.