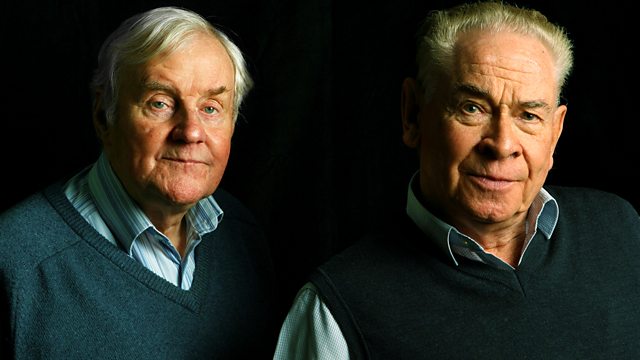 The House on the Marsh

William and Sandy travel to a windswept wintry Suffolk in search of William's inheritance - and he makes a life-changing decision about his future.

In this final Two Pipe Problem, William and Sandy travel to a windswept wintry Suffolk in search of William's inheritance, where they are haunted by ghosts from the past and threats from the present, and William makes a life changing decision about his future.

This week marks the centenary of the birth of Benjamin Britten, and his opera Peter Grimes is woven into this final episode of Two Pipe Problems. The opera is set in Aldeburgh, on the Suffolk coast from which Britten drew so much inspiration. Writer Michael Chaplin was inspired to create a story that drew on that landscape and the creation of Peter Grimes, but also paid homage to the genius of MR James' ghost story, Oh Whistle And I'll Come You, My Lad.

Stanley Baxter is once again joined by Geoffrey Palmer playing William, and Stephen Critchlow and Linda Broughton playing a mother and son who bear a grudge, in this haunting story - an entertaining and touching farewell to the series.