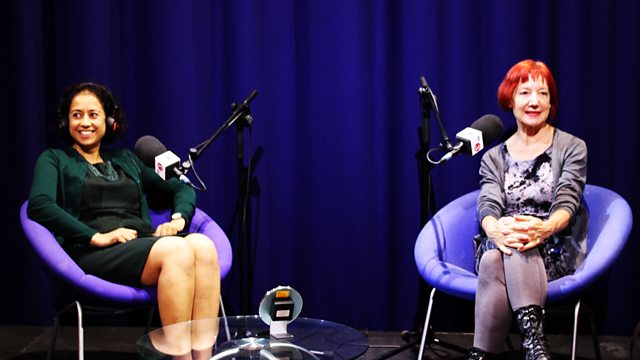 Penny Woolcock talks to Samira Ahmed about directing a film of John Adams's opera The Death of Klinghoffer and negotiating and documenting a truce between gangs in One Mile Away.

Penny Woolcock talks to Samira Ahmed about directing a film version of John Adams's opera The Death of Klinghoffer. For the Free Thinking Festival, she returned to the city where she began her career. During her work at Trade Films in Gateshead she depicted the aftermath of the closure of the steelworks in Consett in When the Dog Bites. Other projects have included a retelling of the biblical chapter Exodus, featuring Margate residents and the burning of a specially constructed Antony Gormley sculpture and an exploration of the UK coastline set to music by the rock band British Sea Power. Her most recent project involved negotiating a truce between rival Birmingham gangs which she documented in One Mile Away.

Whose Strife Is It Anyway?—2013 Festival