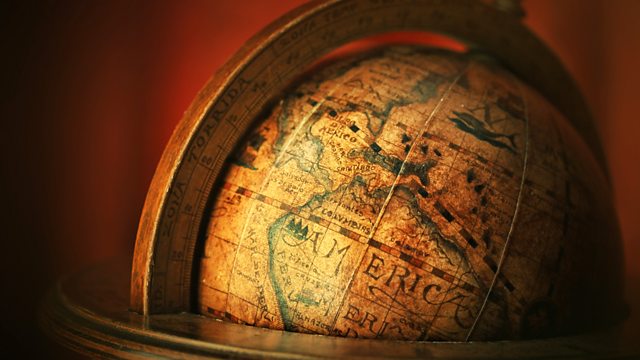 Spin the Globe Series 1
Episode 2 of 4

While in England, complicated family succession politics result in the battle of Hastings, in Spain, a brutal massacre takes place with a clash of Muslim and Jewish politics.

Michael Scott continues his new series which takes famous dates in British History and finds out what was happening at the same time in other corners of the world. It's an attempt to break out of the modular way in which historic dates are traditionally drummed into children as well as connecting previously diverse events in cultural, political and economic history all over the globe.
In programme two, we look at 1066. Complicated family succession politics result in the eventual battle of Hastings - the death of Harold in October and William's coronation in Westminster Abbey on Christmas Day 1066. Meanwhile, five days later in Spain, a brutual massacre takes place with a clash of Muslim and Jewish politics.

Headline news in China is scholar, Sima Guang's eight volume Tongzhi a groundbreaking history of China. Spin the Globe again and we visit the Seljuk empire which is in its ascendancy.
It's a programme full of surprises, connections and a sense that events across the world move at different rates and through different phases only occasionally brushing against each other.

See all episodes from Spin the Globe