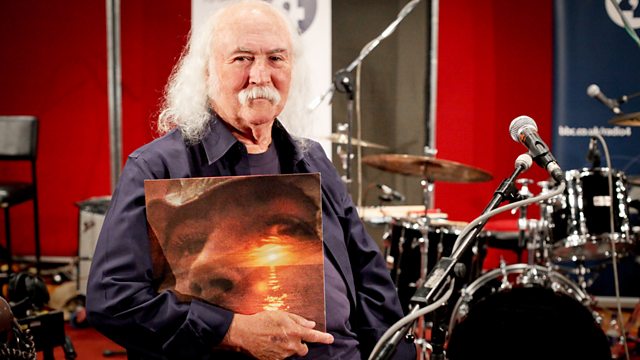 David Crosby talks to John Wilson and an audience about his 1971 solo album If I Could Only Remember My Name. From November 2013.

John Wilson continues with his new series in which he talks to leading performers and songwriters about the album that made them or changed them. Recorded in front of a live audience at the BBC's iconic Maida Vale Studios. Each edition includes two episodes, with John initially quizzing the artist about the album in question, and then, in the B-side, the audience puts the questions. Both editions feature exclusive live performances.

Programme 2, the B-side. Having discussed the making of "If I Could Only Remember My Name", his 1971 album (in the A-side of the programme, broadcast on Monday 18th November and available online), David Crosby responds to questions from the audience and performs live versions of some the tracks from that debut solo album and from his as yet unreleased solo album, "Croz"