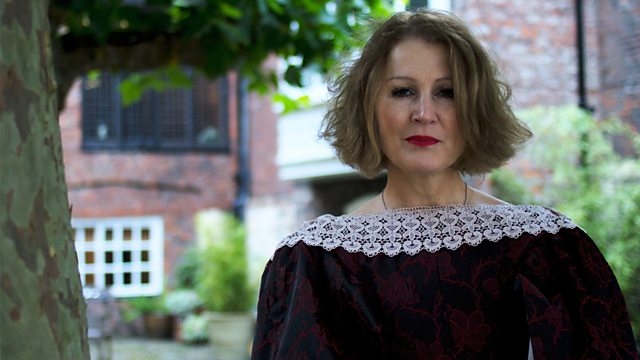 Documentary about a family who decide to buy a historical mansion in York, an emotional rollercoaster of a journey which shows the human cost of the mortgage crisis.

Filmed over five years, this is an emotional rollercoaster of a documentary which explores the sometimes extreme highs and lows of one of life's biggest gambles - buying a home.

Helen has seven children, a new partner and a very comfortable lifestyle when they decide to get a mortgage to buy one of the most historical houses in England. They want to convert the shabby 72-room mansion in the centre of York into a tasteful hotel, but when the financial crisis hits their dream turns into their worst nightmare.

For five years, feisty Helen fights the banks for a loan for the spiralling renovation costs and her neighbours over rights to the courtyard. While her house gradually becomes unsellable, she persists with her neigbourhood wars.

The Spy Who Went into the Cold: Kim Philby, Soviet Super Spy

See all clips from Hotel Folly - Folie a Deux (4)

Story is for me always the most important, but like any story it needs a good storyteller, so the character is also very important. I like complex, flawed characters. They’re always so much more interesting than simply empathetic characters; a bit like a good drinking buddy.

I seem to be a bit of a Cassandra, when it comes to economic meltdowns. So, I was in the right place at the right time. I never set out to make this film, I set out to make a film about achieving a dream. It then turned into a nightmare; it’s the flip side of the same coin. The scary bit as a filmmaker is, not knowing where it’s going to take you, and just surfing on your instincts.

One day I decided to make a film 20 mins from where I lived, it was a rule I gave myself. So once I found the story and the character, I just started filming, and filming and filming and 5 years later, you guessed it, I was still filming. The difficult bit was where to stop, and then what to do with it.

That I was still in love with the filmmaking process and that many people are in love with what they do, it’s all the same, just different. The main character obsessed about her goal of opening a historic hotel, I obsessed about making a film. We all went mad together. It really was a ‘Folie a Deux’ or Trois.

It’s been to Holland, Israel and Lithuania. I think they were all amused by the English obsession with property and territory. It’s a very English film, not British, but English, and foreign audience felt reassured that the English lived up to their stereotypes.

A lot of documentaries inspired me and like choosing your desert island discs, they change daily, depending on my mood. But if I was pushed, I would have to say ‘Gray Gardens’ by the `Maysles has stayed with me. I remember first seeing it at the National Film & TV School, and I decided there and then that I didn’t want to make ‘purist cinema verite'.

Dead: My father, he died without me really knowing him. Living: Edward Snowden.

“Listen to the film, it will talk to you”. A hippy film tutor told me that, and it’s true.

A two pence coin to removed & tighten the tripod plate.

I’d probably like to go live on Pine Ridge Indian Reservation in South Dakota, USA, for a decade. I think there is a really great film to be made there, but it would take a very long time.

I can’t answer that, but the film I would have most like to have made would be ‘American Movie’ by Chris Smith.

'Hungary – Between Democracy and Authoritarianism’ by Paul Lendvai and (although it’s not a book yet) ‘Two decades of letters written by a Death Row Inmate to his family’.