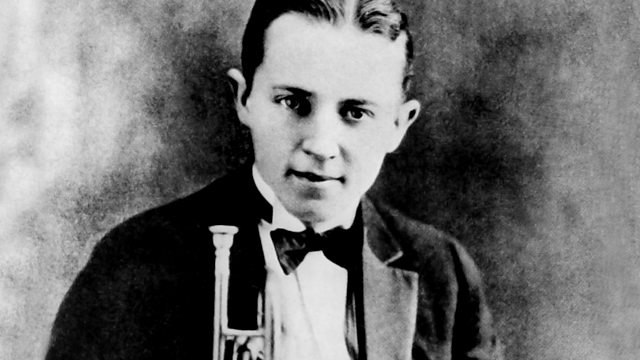 Robert Forrest's drama fictionalising the only occasion in which cornet player Bix Beiderbecke and trumpeter Louis Armstrong played together, in a private, after-hours session.

The jazz musician Bix Beiderbecke (1903-1931) has been described as a genius: how did he manage to create such beautiful and influential music with such a troubled mind?

Apart from their genius, the musicians Bix Beiderbecke and Louis Armstrong had little in common. Armstrong was black and Beiderbecke was white and musical segregation was complete in the 1920's. Armstrong would go on to be one of the first musicians to challenge this racial divide, and his life story is well documented. Beiderbecke was an alcoholic who died young â€" but perhaps his greatest tragedy was that he never got to play with the best â€" because in his view the best were black.

Bix and Louis met on several occasions but only ever played together once - in a private, after-hours session. Creating a fictionalised version of that meeting, Robert Forrest's play explores the heart and mind of Bix Beiderbecke and his relationship with Louis Armstrong.

After being close to death in 1959, Louis Armstrong is quoted as saying,
'Bix tried to get me a gig in Gabriel's band last night, but it didn't work out.'.

The Outsider, by Albert Camus

In the Depths of Dead Love