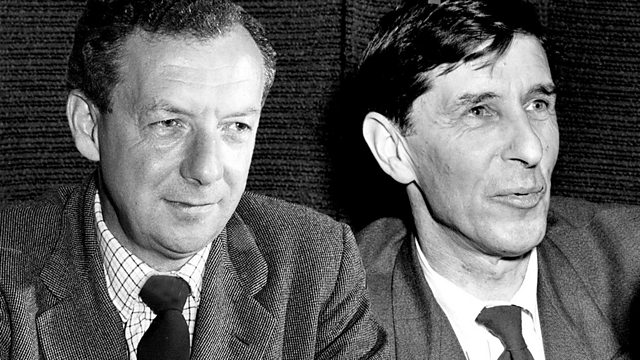 Dennis Marks explores the social and political background to the pacifism which was central to Britten's creative vision. With archive recordings and interviews.

To coincide with the Benjamin Britten Centenary, this documentary, presented by Dennis Marks, explores the social and political background to the pacifism which was central to his creative vision and that of his fellow composer Michael Tippett. Their beliefs made an impact on the personal life of both composers as well as their music. Britten left for the USA and returned as a conscientious objector.

Tippett remained in England and refused conscription. His response to the horrors of the 1930s had already been expressed in his masterpiece A Child of Our Time, completed when he was imprisoned in Wormwood Scrubs for his refusal to serve the war effort. Britten's pacifism found its most memorable expression in the War Requiem, commissioned for the restoration of the bombed out Coventry Cathedral in 1962. It also left its mark on many other works from his early song cycle Our Hunting Fathers to his final opera Owen Wingrave.

However, many others such as the poets Auden and Spender, novelists Rose Macaulay and Storm Jameson and philosophers CEM Joad and Bertrand Russell were also caught up in the debate about "the just war."

Albert Camus: Inside the Outsider