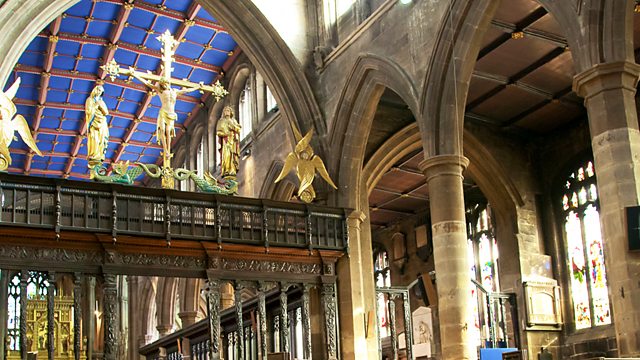 Series exploring the purpose and workings of three Church of England cathedrals begins with the dean of Wakefield defending his diocese from the threat of dissolution.

The first of a new trilogy in which award-winning documentary maker Richard Alwyn turns his camera on three Church of England cathedrals - Wakefield, Wells and Southwark. Each film explores the purpose and daily workings of these extraordinary edifices that stud the English landscape.

In November 2012, when Alwyn begins filming, Wakefield Cathedral is entering the final phase of a costly renovation project driven by its charismatic dean, the Very Reverend Jonathan Greener. But a heavy cloud hangs over the cathedral. A Church of England commission has responded to the failing fortunes of the Church in Yorkshire with an unprecedented proposal - to dissolve three dioceses, including Wakefield, and replace them with one 'super diocese' of Leeds in which Wakefield would become one of three cathedrals.

The dean has theological and financial misgivings and vehemently opposes the proposal. A cathedral is the spiritual headquarters of a diocese, sole seat of its bishop - if the diocese were to go, the dean believes that the theological understanding of the cathedral would begin to 'wobble' and future funding might be jeopardised.

With remarkable access to the dean and the bishop of Wakefield, filming chapter meetings and synod votes, Alwyn's film becomes an intimate portrait of the dean's passionate defence of his cathedral. Increasingly ground down by the process, he confesses thet 'being a professional churchman does take some of the enthusiasm and life out of my faith; congregations still like to think that clergy are holy people with good intentions, and I suppose I know what clergy are like inside because I have to live with myself'.

See all episodes from Cathedrals

Music from the programme

Some of the music from the programme is produced by Audio Network.
The rest of the tracks can be found here