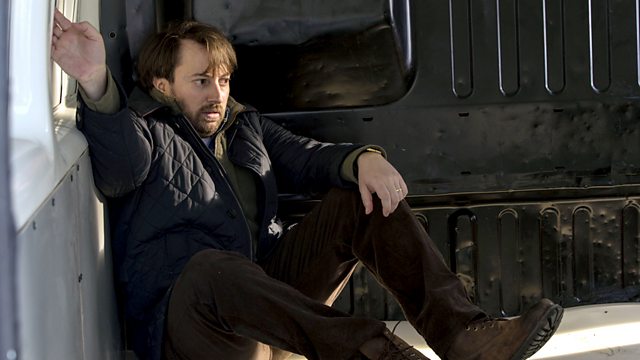 Comedy following diplomats to the fictional Tazbekistan. An anti-government rebellion takes to the streets, provoking a fierce crackdown by the army.

Ambassador Davis and his wife Jennifer are marking the president's Platinum Jubilee with a party at the residence. However, the evening is disrupted by gunfire and explosions on the streets of the capital as the army suppress an anti-government rebellion.

Later that night, the ambassador is woken by the arrival of Mr Jackson, a legendary Foreign Office interrogation specialist. He has been sent to 'vet' all embassy staff to ascertain if any of them have been spying. This is bad news for Neil who, blackmailed by the Tazbek secret police, has been passing them classified information.

As the rebellion intensifies, the ambassador has to make a difficult decision: should he risk his career attempting to make contact with the rebel leader or stick to his usual cautious attitude of waiting to see how events transpire? Thrown out of his comfort zone by an incisive analysis of his character flaws by Mr Jackson and the pleas of his wife Jennifer to do something to stop people being slaughtered on the streets, Davis is sparked into a courageous but possibly doomed mission into the heart of the Tazbek rebellion.

See all episodes from Ambassadors

Behind the scenes of Ambassadors 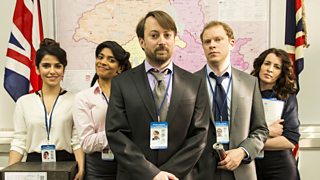 Mitchell & Webb talk about the new comedy drama set in the Republic of Tazbekistan.