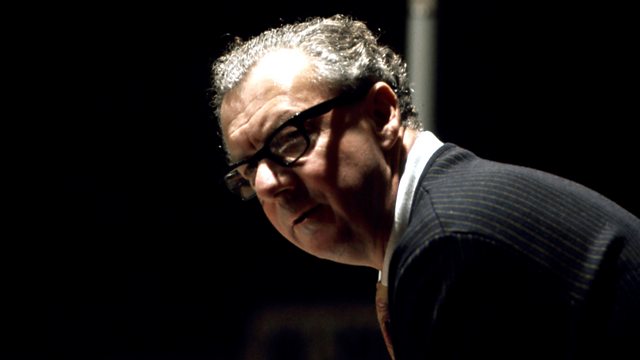 Wildlife sound recordist Chris Watson retraces Benjamin Britten's composing walks capturing the wild sounds of the Suffolk landscape which inspired so much of his music.

To mark the centenary of Benjamin Britten's birth, wildlife sound recordist Chris Watson follows in the footsteps of the composer, presenting a soundscape based on the daily walks which Britten took around Aldeburgh to reflect on his morning's work. Benjamin Britten was born in Lowestoft in November 1913 and grew up on the coast of Suffolk. From his earliest years, the rhythm of the tides and the calls of redshank, curlew, and dunlin were the wild music which inspired much of his work. Suffolk was the place where he felt rooted and a sense of belonging and lived most of his life. Each day, after a morning spent composing, he would walk from his home, the Red House, either across the golf course, or through the woods, alongside the reed beds, or across the marshes reflecting on his morning's work accompanied and no doubt inspired by the atmosphere and sounds of the landscape around him; from the sigh of the reeds and the rhythm of the waves on the shingle beach to the haunting cries of curlew across the marshes or the exquisite songs of Nightingales in the woods.

Over the course of a year wildlife sound recordist Chris Watson retraced these walks, recording the seasonal sounds of the landscapes for a live performance commissioned by Aldeburgh Music. Using these and additional recordings, together with interviews with Rita Thompson, Britten's nurse companion, friend and writer Ronald Blythe, composer and biographer David Matthews and Director of Aldeburgh Music Jonathan Reekie, this immersive sound walk follows in the footsteps of the composer as Chris Watson discovers for himself the 'sense of place' which Britten felt so strongly here and which inspired so much of his music.