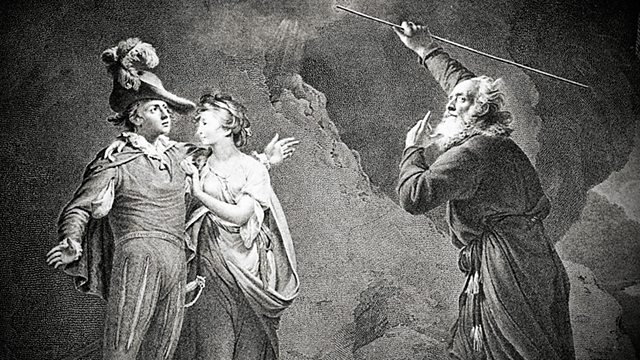 Melvyn Bragg and his guests discuss The Tempest, one of Shakespeare's last and richest plays.

Melvyn Bragg and his guests discuss Shakespeare's play The Tempest. Written in around 1610, it is thought to be one of the playwright's final works and contains some of the most poetic and memorable passages in all his output. It was influenced by accounts of distant lands written by contemporary explorers, and by the complex international politics of the early Jacobean age.

The Tempest is set entirely on an unnamed island inhabited by the magician Prospero, his daughter Miranda and the monstrous Caliban, one of the most intriguing characters in Shakespeare's output. Its themes include magic and the nature of theatre itself - and some modern critics have seen it as an early meditation on the ethics of colonialism.

Erin Sullivan
Lecturer and Fellow at the Shakespeare Institute, University of Birmingham

Erin Sullivan at the University of Birmingham

Katherine Duncan-Jones at the University of Oxford

Jonathan Goldberg, Tempest in the Caribbean (University of Minnesota Press, 2003)

Peter Hulme and William Sherman, ‘The Tempest’ and Its Travels (Reaktion Books, 2006)

Percy Bysshe Shelley, ‘With a Guitar, To Jane’