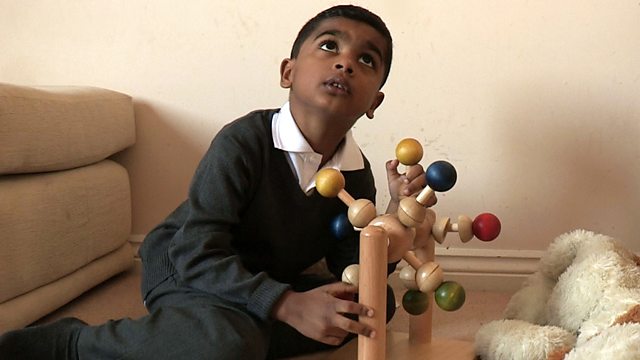 Documentary exploring the controversy around ABA (Applied Behaviour Analysis), an intensive intervention used to treat autism, by meeting people who are both pro- and anti-ABA.

Documentary which explores the controversy around ABA (Applied Behaviour Analysis), an intensive intervention used to treat autism. Parents who want ABA for their children passionately believe that it is the best way to teach a child new skills and to help them function in mainstream society, but critics of ABA argue that it is dehumanising and abusive to try to eliminate autistic behaviour.

The film follows three-year-old Jack and four-year-old Jeremiah through their first term at Treetops School in Essex - the only state school in the UK which offers a full ABA programme. Neither boy has any language, Jeremiah finds it hard to engage with the world around him and Jack has severe issues with food. Both their parents have high hopes of the 'tough love' support that Treetops offers, but will struggle with their child's progress.

We also meet Gunnar Frederiksen, a passionate and charismatic ABA consultant who works with families all over Europe. His view of autism - that it is a condition that can be cured and that families must work with their child as intensively and as early as possible if they want to take the child 'out of the condition' - is at odds with the way that many view autism today.

Gunnar is working with three-year-old Tobias in Norway and has trained the parents so that they can work with him at home as his ABA tutors. He also introduces us to Richard, a 16-year-old from Sweden who was diagnosed with autism at the age of three and whose parents were told that he would be unlikely ever to speak. Today, Richard is 'indistinguishable from his peers' and plays badminton for the Swedish national team. In an emotional scene, Richard and his family look back at video recordings of the early ABA treatment and we are confronted both by the harshness of the method and the result of the intervention.

These and other stories are intercut with the views and experiences from those who oppose ABA and who argue that at the heart of ABA is a drive to make children with autism as normal as possible, rather than accepting and celebrating their difference. Lee, an autistic mother of a son who has Aspergers, describes how the drive to make her behave and act like a 'normal' child broke her, and how she was determined to accept her son for who he was.

The question of how far we accept autistic difference and how much should we push people with autism to fit into society's norms raises wider questions that affect us all - how do we achieve compliance in our children, how much should we expect children to conform and how far should parents push children to fit in with their own expectations?

Autism and Asperger syndrome are part of a range of conditions known as autistic spectrum disorders (ASD). They affect the way the brain processes information.