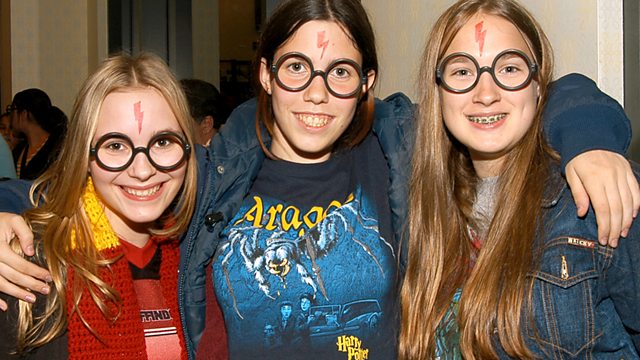 From the Harry Potter Alliance, which asks 'What Would Dumbledore Do?', to the new stars of YouTube, Jolyon Jenkins explores how fans are being mobilised to change the world.

Can fan power change the world?

"If Harry Potter was in our world, wouldn't he do more than celebrate the fact he is Harry Potter? Wouldn't he fight for justice in our world the way he did in his?" Andrew Slack, founder of the "Harry Potter Alliance" believes that the millions of Potter fans worldwide can be mobilised for change in the real world. He's been successful: the Alliance has sent five cargo planes to Haiti, built libraries across the world, funded the protection of civilians in Darfur and Burma, and lobbied to get gay marriage legalised in American states.

For many teenagers, the question "What would Harry do?" is a more compelling motivation for action than any political ideology. And there are enough Harry Potter fans to bring about change in the real world.

Thanks to social media, many celebrities have an intimate and intense two-way relationship with their fans. In one case, Lady Gaga tweeted her fans to lobby their senators on gay rights, two fans videoed themselves phoning their senator; the video went viral; Lady Gaga made her own video; and other fans started doing the same. No longer are the fans just consumers of the star's product - they can be collaborative and creative.

It's particularly true in the case of the new generation of online celebrities, some of whom have millions of subscribers who feel an intense connection with the star. Two video bloggers, the brothers Hank and John Green, have a huge following among teenagers for their quirky YouTube videos. The brothers have mobilised the fans to lend $5 million to entrepreneurs in the developing world, but beyond this, their liberal political and social philosophy has the potential to be far more influential than conventional politicians. Compared to going on demonstrations, handing out leaflets, or other traditional forms of activism, it may not look like much but, as Hank Green says, "if you can change a generation's minds about something, that's how culture changes".