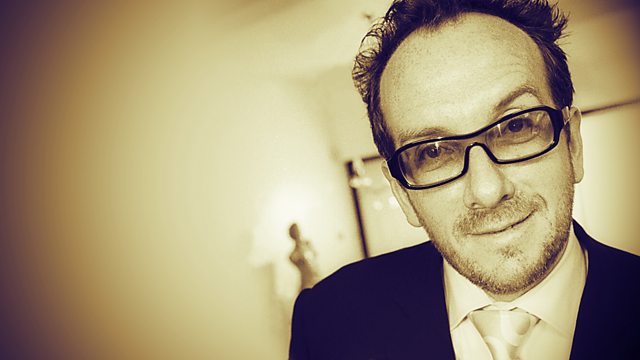 Profile of singer-songwriter Elvis Costello, from a Catholic upbringing to success with The Attractions, multiple reinventions and collaborations with the likes of Paul McCartney.

Elvis Costello is one of the uncontested geniuses of the rock world. 33 albums and dozens of hit songs have established him as one of the most versatile and intelligent songwriters and performers of his generation. This film provides a definitive account of one of Britain's greatest living songwriters - the first portrait of its kind - directed by Mark Kidel, who was won numerous awards for his music documentaries, including portraits of Rod Stewart, Boy George, Tricky, Alfred Brendel, Ravi Shankar, John Adams and Robert Wyatt.

Elvis is a master of melody, but what distinguishes him above all is an almost uncanny way with words, from the playful use of the well-worn cliche to daring poetic associations, whether he is writing about the sorrow of love or the burning fire of desire, the power play of the bedroom or the world of politics.

The film tells the story of Elvis Costello - a childhood under the influence of his father Ross McManus, the singer with Joe Loss's popular dance band; a Catholic education which has clearly marked him deeply; his overnight success with The Attractions and subsequent disenchantment with the formatted pressures of the music business; a disillusionment which led him to reinvent himself a number of times; and writing and recording songs in various styles, including country, jazz, soul and classical.

The film focuses in particular on his collaborations with Paul McCartney and Allen Toussaint, who both contribute. It also features exclusive access to unreleased demos of songs written by McCartney and Costello. Elvis was interviewed in Liverpool, London and New York, revisiting the places in which he grew up. The main interview, shot over two days at the famed Avatar Studios in NYC, is characterised by unusual intimacy. Elvis talks for the first time at great length about his career, songwriting and music, and often breaks into song with relevant examples from his repertoire. 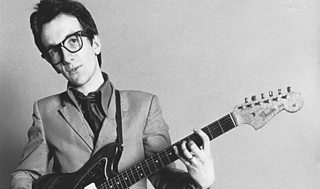 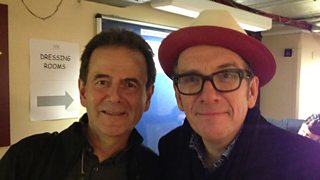 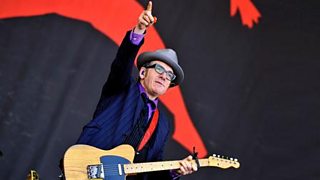